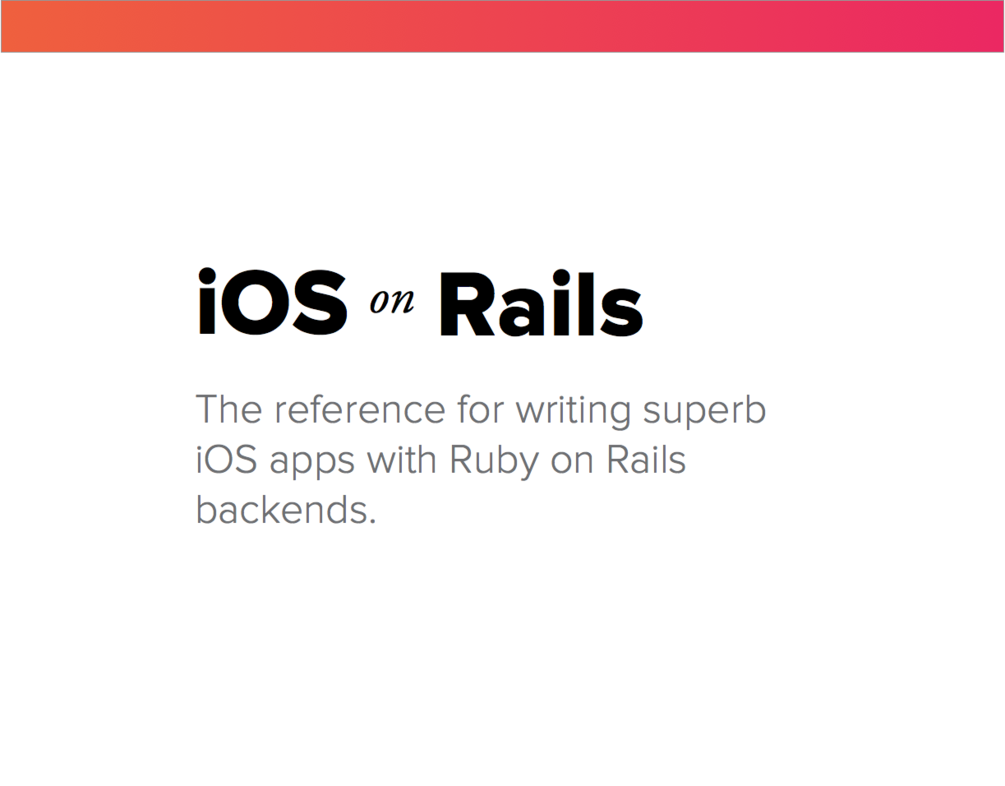 The reference for writing superb iOS apps with Ruby on Rails backends.

This book is really two books in one.

The the first book covers building a backend API in Rails. We will demonstrate how to create a robust, clean, flexible JSON API. Along the way, we’ll discuss different approaches that we didn’t choose and discuss their drawbacks.

The second book walks you through creating an iOS application in Objective-C that uses the Rails API you just created. You’ll learn how the intelligent API choices made in the first section make iOS development far easier.

Who is this book for?

More than just a book

In addition to the book (in HTML, PDF, EPUB, and Kindle formats), you also get two complete example applications: the iOS client app and the Rails server application. What the book describes and explains, the example apps demonstrate with real, working code. The apps are up to date for Rails 4 and iOS 8.

The book is written using Markdown and distributed via GitHub. When you purchase, we give you access directly to the repository, so you can use the GitHub issues features to give us feedback about what we’ve written and what you’d like to see.

When you purchase iOS on Rails, you get access all future updates to the book and example applications.

iOS on Rails is written by Diana Zmuda and Jessie Young.

See it in your library

View in Library
Sorry, this item is not available in your location.
Sold out, please go back and pick another option.
3
5.0

Your purchase was successful!

We charged your card and sent you a receipt

You will be added to the GitHub repository with code examples within one business day.

Good news! Since you already have a Gumroad account, it's also been added to your library.