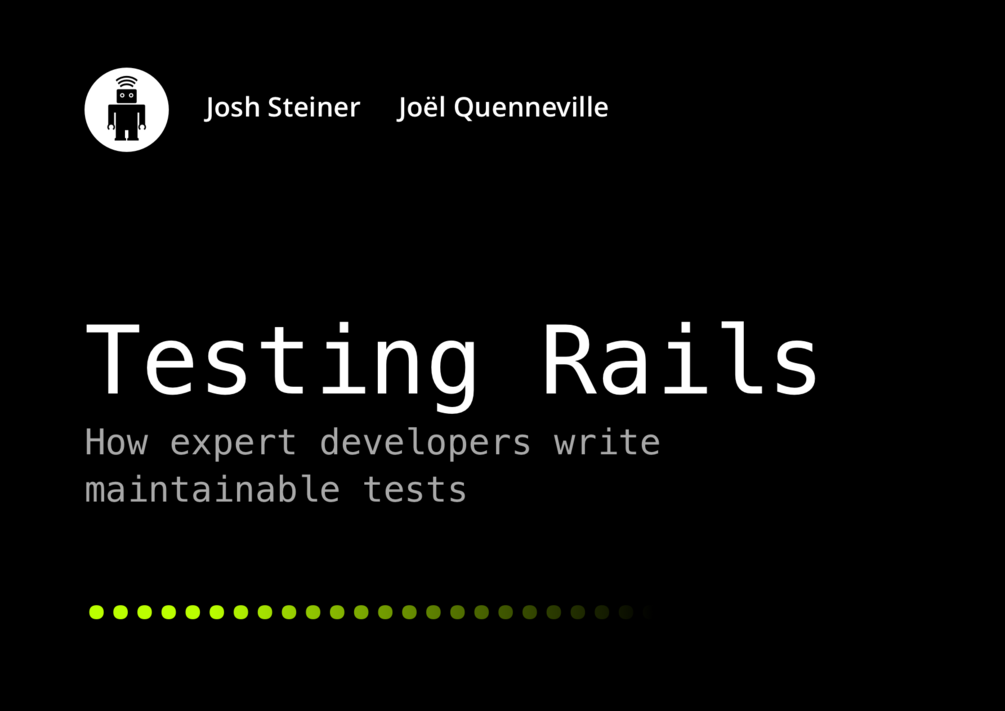 Writing effective tests is a necessary part of Ruby development. An effective test suite guides you towards maintainable code. It allows you to make major changes to your application and be confident that everything still works.

Testing Rails is a practical approach to learning testing. We'll discuss the tools and processes we use every day at thoughtbot, as well as common anti-patterns and solutions to real world problems with plenty of examples.

Is this book for me?

You might have never written a test. Maybe you have written tests in other languages. Or perhaps, you've written some Rails tests, but want to do it better.

In Testing Rails, we will show you how to get started writing tests, from the very basics to the things that trip up even intermediate developers. We'll cover all of the concepts you need to understand to write a successful Rails test suite.

More than just a book

The book is written using Markdown and distributed via GitHub. When you purchase, we give you access directly to the repository, so you can use the GitHub issues features to give us feedback about what we’ve written and what you’d like to see.

This also means that you’ll be the first to know when new content has been added to the book, and have the easiest time getting it.

Testing Rails is written by Josh Steiner and Joël Quenneville.

See it in your library

View in Library
Sorry, this item is not available in your location.
Sold out, please go back and pick another option.
2
5.0

Your purchase was successful!

We charged your card and sent you a receipt

You will be added to the GitHub repository with code examples within one business day.

Good news! Since you already have a Gumroad account, it's also been added to your library.